See the highlights of “ChhotaBheemThe Rise of Kirmada”. You can’t wait to watch online 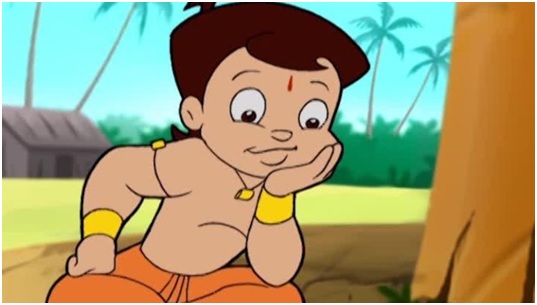 The animated mythological fiction films contain advantages, battles between good and bad, which develop children’s intelligence and knowledge about values of good and bad, moralities, and ethics. There are many OTT platforms in India. The OTT platforms offer to watch movies online. But, the Aha OTT is different from other OTTs. It came as an exclusive Telugu movie OTT platform. Aha movies have many masterpieces. It covered mythological, folk, social, historical, etc., all types of films, which you can’t exit without watching the movie while visiting its OTT online. Recently aha ott placed animation films like ChhotaBheem series in their movie library. “ChhotaBheemThe Rise of Kirmada,” is one of the popular ones among the ChhotaBheem series. Let’s know the story and highlights of the film.

The film “ChhotaBheem, The Rise of Kirmada,” was released on 23rd August 2008 on the occasion of Sri Krishna Janmashtami and became a big hit. It recorded huge success, as it showed the highest number of television screens. Green Gold Animations produced the film with more lavish production values. Rajiv Chilaka, who was renamed ChhotaBheem’s director, has directed the movie too.

The director Rajeev Chilaka filmed amazingly. Mainly, he shot action sequences, which happens Bheem and his friends fought against the forces of evil are tremendous. He brilliantly showed the difference between the power of evil and the power of God. As the creator of ChhotaBheem, he entertains children with his knowledge by making sequels of many beautiful stories. The film depicts the power of evil very powerfully and teaches that self-confidence is vital to man, that no power can be defeated before the divine power. This film is beneficial for the psychological development of children.

Tricks, spells, adventures, battles, fights all need to be presented effectively, especially with excellent music. Sunil Kaushik gave the music for the film as fantastic as it needed to be. The superb screenplay, unique animation technique, the outstanding narration, made the film a tremendous hit.

The concept and story of the film itself excited the audience first as usual Rajiv Chikaka’s direction is terrific. He ultimately utilized all the characters as much as their need in the story.

Finally:  On the whole, showing this film to children should be considered as an excellent opportunity to contribute to psychological development while entertaining the children. The movie, which can be watched by the whole family, is now ready to be seen in aha Movies.